Although his name may seem like a joke, it is not. Kappa Shader is a shader pack designed to make the appearance of Minecraft realistic but also authentic and aimed at mid-range PCs.

Kappa Shader will bet on heavy. Obviously, all the classic shaders are at the rendezvous, especially with regard to the light: reflections, dynamic shadow, effect of blindness … As for the sky, the clouds are more realistic than ever, while the blue from the sky has an authenticity like few others. On the natural side, the water really becomes a fluid, while a wind effect blows on the vegetation.

To these traditional features is added a real work on the level of the blur and optical reflection. Also note an anti aliasing that enhances the overall cachet

As we have seen, Kappa Shader targets players with a mid-range pc. Indeed, to rotate at least Kappa Shader, it will be asked to have the equivalence of a GTX 1050 / RX 560 or better and which has OpenGL 4.0. 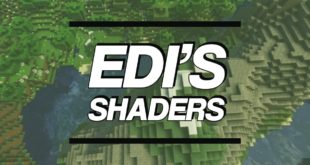