Minecraft Dungeons will be released in April 2020! 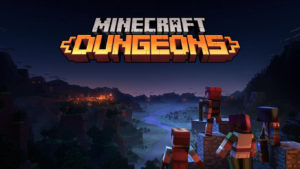 While Minecraft Earth sees its early access coming out in different countries, Microsoft has just announced the release month of Minecraft Dungeons at the X019 event . As a reminder, its gameplay was unveiled this summer at E3 2019.

As shown in the trailer above, you can play Minecraft Dungeons in April 2020 on different platforms such as Xbox One , Nintendo Switch , Playstation 4 or PC .

Minecraft Dungeons is a game that takes the concept of dungeon crawlers like the famous Diablo, adapting it to the world of Minecraft. You can explore this world with your friends and fight different monsters and bosses for different rewards to improve your character. In addition, each area is procedurally generated so that each part will be different.

A few more months to wait!