On September 18, on the official Discord server of Minecraft Earth, some developers of the game took an hour to answer several hundred questions asked by the players. Not without a good dose of humor, they have unveiled some interesting information on the future of Minecraft Earth, which will be expected, which is already done and on the presence of Herobrine (see end of article). 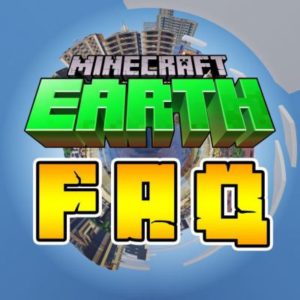 Here is a summary of the most interesting questions addressed during the session:

Q: Who is the character of the tutorial?
R: Merl is his name!

Q: Will some Minecraft Earth mobs be brought into the base Minecraft game, or will they remain exclusive to MC Earth?
A: This remains to be determined

Q: Silly question: will creative mode be added in Minecraft Earth?
R: Not stupid! The creative mode is already represented by the “Buildplates” in MCE

Q: Special events coming soon?
R: Yes !! They will be linked to real-world days / events and / or special gaming events.

Q: Chests and funnels in Minecraft Earth?
R: Yes! Most blocks of the vanilla version will be futures in the game.

Q: How will the Nether and the End work in MCE?
A: The End and the Nether will come in a future update!

Q: Will it be possible to create mods for Minecraft: Earth?
A: Let’s hope not

Q: Will we be able to tame our pets and take them out of the map?
R: Hmmm … Good idea!

Q: Will Minecraft Earth be launched worldwide in 2019?
R: * [REDACTED]

Q: Are there any reasons why you do not intend to allow us to download our own MCE skins? The use of our own personal appearances gives us the impression that our player is personalized.
A: As with everything about personalization and creativity, there are people who abuse it and like to do inappropriate things. We will not allow it because in the end, the most important thing is to ensure the safety of our players.

Q: Basically, how will crafting work?
A: the recipes will be the same but some of the functions will be a bit different.

Q: If I jump out of my tree house, will I suffer a fall injury in the game after breaking my legs?
A: Please avoid that.

Q: Will there be other items to assemble that look different in the future?
A: Yes, we add item types as the game evolves. You may see new trees soon.

Q: Will there be an option to make our player visible to other players on the cards, especially friends?
A: We’ve thought about it, but we need to consider the laws and policies regarding player security and privacy. We have no claims on this feature yet.

Q: Will Minecraft Earth receive the same updates as Minecraft Bedrock and Java editions in the future?
A: We use the same engine as Bedrock so we want to add a content update to MCE, but it may not be immediate

Q: Will the game’s music be available online?
A: That’s really a good suggestion. We will think about it!

Q: Will there be an option to play Minecraft Earth in landscape orientation? Especially the construction mode, the game mode, and probably the photo mode?
A: We are primarily a portrait mode game right now, but if we see that the community really wants it, we could change that.

Q: Will I be able to kill my friends in lava?
A: You can damage everything with lava as you would with Minecraft! But why hurt his friends ?!

Q: Will rubies have other uses than the purchase of building boards?
A: The short answer is yes!

Q: Are there any limits to redstone systems, and if so, why?
A: Our goal is that whatever you want to build with redstone in MC, you should be able to do it with MCE.

Q: Is there a construction limit?
A: As high as your imagination (and your scales) can go (safely)

Q: Can we get a “fast mode” that lets you skip the animation of the tappers collection?
A: We do not intend to add it for the moment. However, it has been sufficiently suggested for a future review.

Q: Will there be ray tracing in MCE?
A: We work to have the phones faster, so probably not before several generations of phones from now on

Q: Will there be in-game purchases?
A: Yes, in the beta of Android, this already exists – you can buy rubies and use them to buy building plates. More things will come to the store in the next updates!

Q: Will the battery consumption be improved?
A: We are only at the beginning of our performance journey! We co

In addition, as is often the case in beta games, game resets are made to reset players and start over with new systems. However the developer team announced on September 27 that there will be no further reset, which could be a sign that the game is becoming stable! Soon a release? We will probably know more during the Minecon.