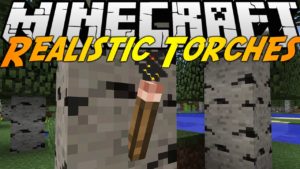 Realistic Torches Mod 1.15.2/1.14.4/1.12.2 is focused on adding more realism to the operation of an object that has a lot of use in the game, torches. With this mod installed, for example, when manufacturing a torch it will be off and we will have to light it with a matchbox, or a matchbox. Once switched on and placed anywhere, it will have a 60 minute playing time limit. After this time it will turn off and we will have to turn it on again. 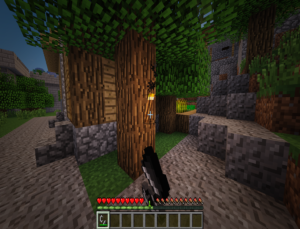 Another outstanding feature of this mod is that if it rains and we have torches outside, they will go out due to contact with water. Although the mod seeks realism for the torches, we will be able to continue making permanent lighting torches, although they will be more expensive to manufacture, since we will have to do them with glowstone and carbon.