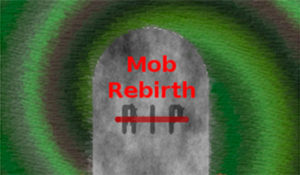 Mob Rebirth Mod 1.15.2/1.14.4/1.13.2 that is responsible for adding a new skill to the hostile creatures of Minecraft, which is nothing more and nothing less than the ability to revive when they die and generate clones of themselves after a few moments . This, as you can imagine, will make surviving in Minecraft survival mode more complicated than by default.

In addition, this mod adds a good amount of customization options. For example, define the number of clones that can be generated, define whether Slimes and bosses should, or not, have such ability, and other customization options that will allow us to adapt the level of difficulty that this skill will have on our survival games .