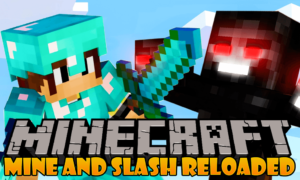 Mine and Slash Mod 1.15.2/1.14.4/1.12.2 focuses on modifying the combat system in Minecraft, adding new hostile creatures to our worlds. Also, add a new progression system for our character. While hostile entities will also have their own leveling system, so we can meet enemies of varying power. 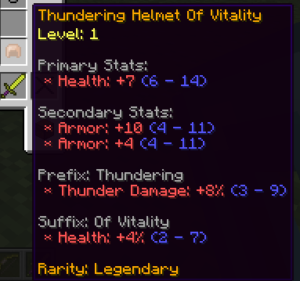 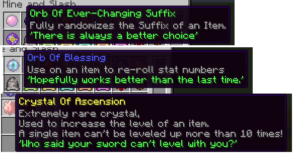 The levels of the enemies will begin to increase as we move away from the generation point of our character. Likewise, by defeating these higher level enemies, we will obtain higher level, or more valuable, rewards.

As for character equipment, the mod adds various items, such as affixes and runes to cast spells. The mod also adds two new bars, the energy bar for physical attacks and the mana bar to cast spells.

How to Install Minecraft Mine and Slash Mod ?