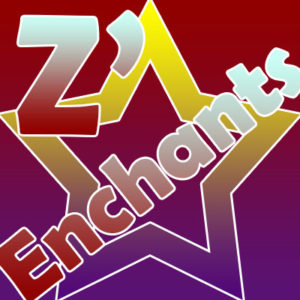 Z’Enchants will add a number of enchantments, extremely useful for adventures. With them, you can freeze and raise enemies into the sky, increase the experience gained from killing and mining, and walk on lava and water.

How to Install Minecraft Z’Enchants Mod ?