Trajan’s Tanks mod is a mod that adds a tank to Minecraft. But it tries to match the vanilla style while adding tanks. In this way, you can fight as you wish in the Minecraft world without moving away from the vanilla style. 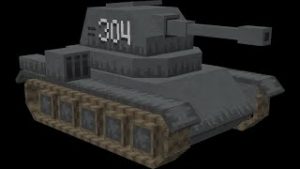 What are the specs of the tank?

How to use this mod?

First, you have to download the appropriate one of the versions below and install it in the game. In order to summon the tank in the game or to ‘/summon trajanstanks:tank_entity_type’ you must create the tank spawn item. Right click to enter the tank and start navigating. Use the W button to move forward. Release the W button to stop moving. The shot is made with G. But make sure you have tank ammo in your inventory so you can shoot.

How to Install Trajan’s Tanks Mods