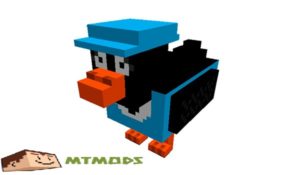 Ducky 1.15.1 is a mod that will allow us to have a new adventure partner, although not human, since it is a black duckling. This companion of adventures is not generated naturally in the world, so we will have to generate it. The Ducky will defend us from dangers, attacking any entity that attacks our character.

This duckling has three states, Ducky, Tamed Ducky or Giant Tamed Ducky. Ducky, is the first state after using the egg that we see at the end of the text of this article. This state will cause the Ducky to attack neutral and hostile entities. If we give bread to a Ducky, it will become Tamed Ducky, which will make it tame, it will have more attack, more health, it will follow the character and attack neutral and hostile entities. While the Giant Tamed Ducky will have even more health, or life. 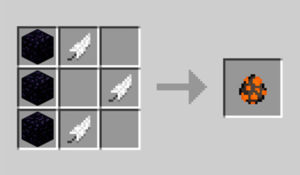 Our black duckling can make use of the same potions as our character. While to eliminate the effects of potions we can give, like our character, milk. Weakness’s potion will turn a Giant Tamed Ducky into Tamed Ducky. While Healing’s potion turns a Tamed Ducky into Giant Tamed Ducky. The Leaping potion will allow the duckling to fly and attack from the air. The Strenght potion increases attack power. Swiftness increases speed. Fire Resistance will make you immune to fire.